Last February, on an especially cold day, author and Harvard scholar Doc Searls shot some pictures of ice crystals that had formed inside the old storm windows of his apartment, and put them up on the online photo sharing site Flickr. Searls is no newcomer when it comes to sharing his photos online. He has over 34,000 photos posted on Flickr and many of them are tagged generously with the Creative Commons (CC) licenses. The CC licenses give the public permission to use the licensed copyrighted work with certain terms. Searls gave the ice crystal photos a CC license that permits the distribution of his photos as long as he gets credit as an author. The license also permits the modification of the work as long as the modifications are distributed with the same CC license.  After Searls released the photos he waited for nature to take its course.

[/caption]In November 2009 a designer from NBC Universal found the photos and contacted Searls. In an email, NBC’s representative told Searls that their designers were creating graphic backgrounds for the coverage of the Vancouver Olympic Games and that in their search for winter images they came across Searls’s crystal photographs on Flickr. They had noticed that they could use the pictures as long as they credited Searls as the author. Since Searls’s photos would be used as the background to text, video and other images, NBC asked if they could credit him along with their design team when the credits ran at the conclusion of NBC’s final Olympic Broadcast. For Searls the NBC’s proposition was acceptable. “Those photos are meant to be used any way people like. I’m glad to accept payment when offered:)  But when not, running my name in the credits is fine,” said Searls in an email to NBC.

After getting the permission NBC was not shy in using Searls’s photos. The ice crystal images were used in transition graphics with the Olympic logo, in background of the digital studio sets, in event information graphics and just about in every other graphic element of the NBC’s Olympic broadcasts. Searls’s photos, which had received just over 1,000 views in Flickr suddenly had a daily audience of over 20 million American sports fans.

So far, this sounds like a sweet story of web 2.0 publishing, where big media company designer and amateur photographers can collaborate without the need of getting lawyers involved. Searls had already granted the public, including NBC, a permission to use his photos by attaching a public license to them. One could read the email exchange between Searls and NBC so that NBC wanted to waive the attribution part of the license or that NBC wanted to waive the whole license and replace it with another one. Having two non-lawyers agreeing in an email about copyright licensing could spell disaster. Especially when the license Doc Searls used did not only require credit but also that the adaptations made from Searls’s photos share the same license terms.

Share-alike licenses are useful in online collaboration projects like Wikipedia. They enable people to collaborate by improving photos and text of their peers. They also try to make sure that the collaboration can continue. This is why the license requires that the improvements, alterations and adaptations, if distributed, are to be placed under the same license as the original work. If NBC were to honor the license terms, a big chunk of the NBC’s Olympic broadcast would fall under the royalty free Creative Commons share-alike license.

The exact amount of the material that would be affected with the ShareAlike term is unclear. It might include just the background graphics, or it might include every other copyrightable element displayed while the ice crystals were on screen –or even whole segments where the crystals were used. To make the matter even more complicated, NBC does not own and can’t license out many of the copyrightable elements that are shown on the screen next to the background graphics. There is no doubt that NBC never wanted its crown jewels, the Olympics, to fall to any royalty-free licensing scheme. Even if NBC would allow this to happen, the Olympic Committee—the owner of the sports broadcast that NBC only licensed—would under no circumstances agree to it.Fortunately, NBC and Searls worked things out before the end of the Olympic Games. Searls was credited as part of the NBC’s creative team, and NBC’s legal department did not have to worry about the ShareAlike term. “NBC’s extensive use of Searls’ photos, and Searls’ happiness for that use, demonstrates the power of Creative Commons licenses as a means to signal openness to collaboration, even if the resulting collaboration does not occur under the terms of the license originally offered,” said Mike Linksvayer, Vice President of Creative Commons.

The irony of the story is that NBC is known to be eager in targeting users and websites that rebroadcast and share its Olympic coverage without permission. While jealously protecting copyright assets is central to organizations like NBC, it is contrary to of the ideology of sharing with Creative Commons licensing.

Television producers and creative teams are not the only ones tempted to use Creative Commons licensed works. Many journalists use Wikipedia as a source for their research. Journalists who are used to copy-and-pasting text from news agency press releases might carry on with the habit with Wikipedia. However, while the license that Wikipedia uses allows copying, there are rules and limitations involved in the practice. These practices are very different from the ones that journalist have been used to dealing with. This means that big media companies have to come up with policies for using Creative Commons licensed works. Those policies might include guidelines for proper attribution and sharing-alike the modified works, or they might just be a list of best practices for seeking alternative licenses.

Here is a video that explains pretty well how the dual licensing of the CC material is done.

More of our articles concerning Intellectual Property Rights can be found here: Tekijänoikeus. 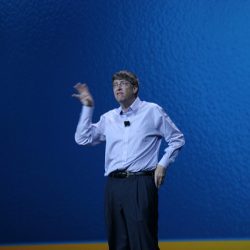