We receive quite a few inquiries regarding this blog from outside of Finland. Maybe it is because the cases discussed here are part of an international campaign by the copyright industry to crack down on file sharing. From now on we will post updates in English for those who can not understand Finnish. Please feel free to post comments in English or Finnish!

The bulk of the Finreactor cases were tried in the Turku Lower Court in late September. Everyone is waiting anxiously for the verdict which is due 26 October. In our view, the prosecutor and the corporations acting as plaintiffs tried to make our clients responsible for everything that the tens of thousands of Finreactor users allegedly did. The police, undoubtedly pushed to investigate by movie companies and other “rightholders”, were registered as undercover users of the Finreactor website for many months in before they made any effort to tell anyone about this “illegal” activity. During the investigation, many of these companies were curiously silent about the alleged losses and damage they were suffering because of Finreactor even though many of them were perfectly aware of the website´s existence. We suspect that their main concern was not that their products were “unlawfully” shared over the internet, but rather that they wanted to build up a major crackdown and a precedent legal case – as the case was in due course presented to the news media. 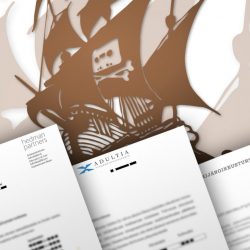